The Woeste is a low moor north of Bad Sassendorf, between the confluence of the River Ahse and the Woeste Stream. It is one of the few remaining low moors in the region. The diverse mosaic of shallow-water and flood zones with ponds, reedbeds and wet grassland has evolved into an important habitat for animals and plants.
easy
Distance 4.8 km
Duration1:10 h
Ascent8 m
Descent8 m
This small low moor is primarily a magnet for birds. The 50-hectare site is one of the last remaining calcareous low moors in the region. The observation point allows good views of birds and of the impressive Water Buffalo, which keep the area open.

The observation point is also interesting for photographers.

The spire of the parish church of St. Christophorus towers over the Woeste and is visible from a great distance.

Located nearby, in the former moated castle of Haus Düsse, is the Agricultural Education and Research Institute (landwirtschaftliche Lehr- und Versuchsanstalt) with its adjacent small deciduous forest. This is reached via a footpath alongside the Ostinghausen sports field.

The church in Ostinghausen (80 m)

The Woeste can be explored on foot or by bicycle on a partly graveled footpath from Ostinghausen to Lohe.

There is an observation post accessible at ground level in the eastern part of the area. From there, you can either go back the same way or return via the Woesteweg in the east of the area and the Loher Straße to Ostinghausen (about 4.2 kilometres).

Ostinghausen is situated between Soest and Lippstadt. You reach the area via the B 475 trunk road, turning off north of Soest towards Weslarn (L746), driving through Weslarn and in Ostinghausen turning right into Kirchstraße. Or you can drive via Bad Sassendorf on the K 5, K 41 and L 808 toward Ostinghausen.

At the church in Ostinghausen

You are recommended to take binoculars for bird watching. 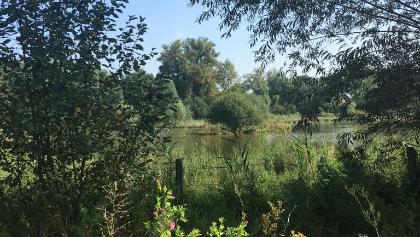 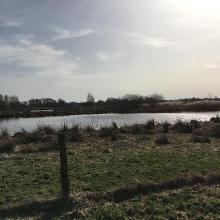 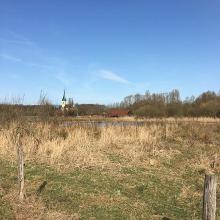 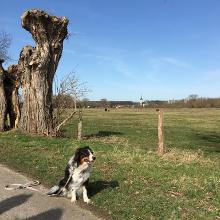